Can You Drink Alcohol While Boating? – Safety Precautions!

It is no secret that boating and alcohol consumption often go together, but it is important to heed certain safety precautions in order to minimize any risks of boating accidents or personal injury.

Although alcohol is the most widely used drug in the United States, many people are not fully aware of the dangers of drinking excessive amounts of alcohol, which include impaired judgment and vision, slower reaction time and

decreased balance and coordination, all of which can negatively impact a person’s ability to proficiently to operate a boat.

As soon as the symptoms of excessive alcohol consumption begin to appear, the likelihood of having a boating accident begins to increase.

The combination of somewhat unpredictable conditions out on the water plus alcohol and reckless behavior can often equal unfortunate tragedies.

Can a Person Drink in Their Boat?

There are several factors that contribute to the legality of drinking on a boat, including your boating location, the amount of alcohol you drink and other alcohol-related laws.

It’s always a good idea to check with your local authorities before deciding to bring alcohol into a boating area.

There are some locations in which it is legal to drink on a boat, but keep in mind that laws that govern issues such as public drunkenness, underage drinking, and disorderly conduct still apply to the boat operator and the other passengers.

One of the detrimental effects of drinking alcohol is its ability to impair the brain’s ability to assimilate and process information received from the five senses.

Even if you’ve had a couple of drinks and don’t feel any different at first, you may not realize that the effects of alcohol in your system are already beginning to show up in the form of paying less attention to detail and relying more on uninformed judgments.

You may not detect maintenance problems or safety hazards in an efficient amount of time, which can in turn hinder your ability to promptly respond to those issues.

In addition, alcohol can make us feel braver, capable or powerful than we really are (that’s why it’s often called “liquid courage”), which can lead to recklessness, and ultimately, harmful or even fatal accidents.

How Balance is Affected by Alcohol

Several laboratory studies have confirmed that balance is one of the first areas affected by excessive consumption of alcohol.

Even if you only drink a small amount of alcohol, it can substantially impair your stability and balance, affecting your inner ear in a manner that you may not realize at first.

A large number of alcohol-related boating fatalities are caused by persons falling overboard or capsized boats, and if you’re under the influence of alcohol, your ability to swim and respond properly when unexpectedly pitched into the water may be severely impaired.

What Does the Phrase “Under the Influence” Mean?

According to the law, if a person’s blood-alcohol level is 0.08 percent or higher (as derived from chemical testing), they are considered to be “under the influence”.

If a person’s blood-alcohol level is in the range of 0.05 percent to 0.08 percent, this information may be considered, along with other evidence, in determining whether or not the person was indeed under the influence of alcohol.

How Many Drinks  to Feel Intoxicated?

This will vary based on a number of physical factors including body weight, food consumption, personal drinking history, chemical makeup, and the rate at which the alcohol is being consumed.

Other factors such as dehydration, noise levels, sun glare, boat movements and vibrations, waves, and wind can contribute to how intoxicated a person may feel.

It can definitely be surprising how few drinks it can take to impair your judgment and ability to safely operate a boat.

Is Beer a Less Intoxicating Drink Than Whiskey?

alcohol content as one ounce of whiskey, scotch or gin.

Keep in mind that it’s not so much the beverage type, but rather the amount of alcohol content, that determines how intoxicating a particular drink may be.

Can Alcohol Cause Tunnel Vision?

Research suggests that alcohol does not directly affect a person’s vision, but due to the effects that alcohol has on the brain, the ability to interpret visual information can become impaired.

In addition, alcohol can negatively affect a person’s focus and concentration, which can create a “tunnel vision” effect in a person by way of over-emphasizing the visual information that relates to what is immediately in front of them.

Can Alcohol Keep You Warm When You’re Cold?

The short answer is no. When alcohol is introduced into a person’s system, their body actually cools faster due to alcohol’s ability to dilute the blood vessels, which leads to heat loss.

Due to these factors, if a boater unexpectedly falls overboard or is pitched into the water, their survival time can be shortened if they have significant amounts of alcohol in their system.

How Can Someone Sober Up Quickly?

The myth of being able to sober up quickly is just that–a myth. You may have heard of different so-called “remedies” such as taking a cold shower, drinking a hot cup of coffee, etc., but these homegrown treatments basically do

nothing to sober someone up in a short period of time.

For an average-sized person, it will take about an hour for a typical alcoholic drink (e.g., one ounce of hard liquor, 5 ounces of wine or 12 ounces of beer) to fully leave their body.

It is possible, based on the amount of alcohol consumed, for a person to remain intoxicated for hours on end, even into the next morning.

How Do Law Officers Test You for Being Under the Influence?

If a Waterways Conservation Officer has reasonable suspicion to believe that a person has been operating a watercraft while under the influence of alcohol, they can request for that person to take a preliminary breath test or another related field sobriety test.

Based on the results of the preliminary breath test, the person may be arrested.

Are Blood Alcohol Tests Performed Only With the Boater’s Permission?

Most boating laws grant the right for the person operating the watercraft to give their consent before submitting to a blood alcohol test.

A Waterways Conservation Officer may request blood alcohol testing if they have reasonable grounds to believe that the person operating the watercraft is under the influence of alcohol or a controlled substance.

If the person refuses to submit to chemical testing, the test will not be conducted, but the person’s boating privileges will be suspended for a period of 12 months.

This refusal will also be documented and can be introduced as evidence in any court proceedings regarding the incident.

What Happens If the Person Gets Caught?

If a person gets caught operating a watercraft while under the influence of alcohol or some other controlled substance, they can either be fined or imprisoned, as well as having their boating privileges revoked.

Other violations that may be counted against the watercraft operator include laws against reckless endangerment, disorderly conduct, underage drinking, and/or public drunkenness.

In order to safely operate a boat, you will need to have full use of your physical and mental faculties.

Alcohol can hinder these faculties, which can lead to dangerous or even fatal incidents. It is customary to prevent one of your friends or loved ones from driving a car when they’ve had too much to drink, and boating should be no different.

In order to ensure a safe and pleasurable experience on the water, make sure that the person operating the boat abstains from consuming any alcoholic beverages.

Click here to read more about how to sail with kids

I hope you enjoyed the article and maybe you have some tips you would like to share? Please feel free to leave comment below, I would love to hear your feedback:) 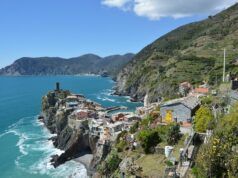 Is it Safe to Travel to Italy Right Now 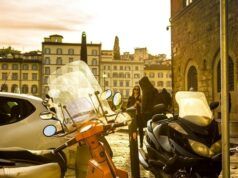 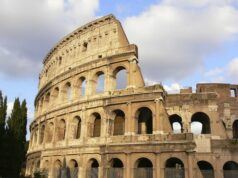 Cinque Terre Day Trip from Florence with optional Hiking – All...

Cruising Sea was founded with the goal in mind to become a one-stop destination for all the information about fun activities to do while on vacation. The website aims to completely demystify the travel process, providing all the relevant information you need for an unforgettable trip! No matter what information you seek, from tours, travel guides, gear reviews, or any other related topic, you are sure to find it on this website.
© Copyright 2015 - 2020 by Cruisingsea