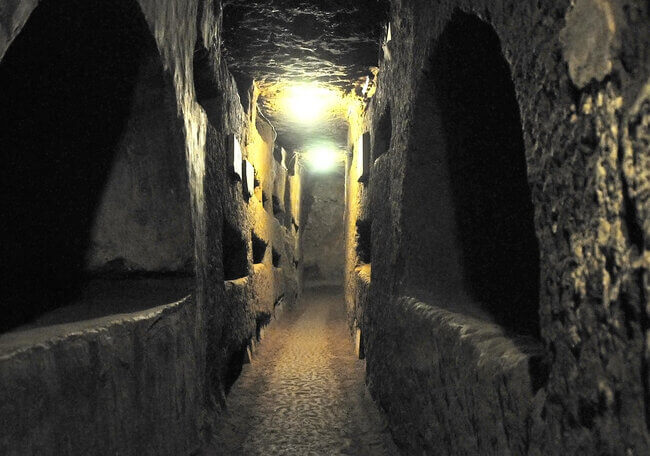 Planning to see the Catacombs during your stay in Rome and want to know how to go about it? If so, great you came to the right place! In this article, you’ll find everything you need to know about visiting Rome Catacombs to help you have a stress-free and enjoyable excursion!

What Are the Catacombs in Rome?

The Catacombs are ancient Romain underground passageways where Jewish and Christians buried their dead outside the city walls between the second and fourth centuries.

Rome’s catacombs are renowned for being the oldest and longest underground cemetery in the world. According to Adriano Morabito, president of the (Roma underground) association, hundreds of kilometers of underground tunnels run beneath the city and its outskirts.

Rome Catacombs date back to the first century and were built first by the Jewish community, then a century later by the Christian communities.

There are about 60 Catacombs in Rome, and only five of them are open to visitors. The Catholic Church owns all the Christian catacombs, and no one can explore them without permission from the Vatican.

Why Visit the Catacomb in Rome

The Different Rome Catacombs To Visit

Five catacombs are Open to the public, but it wouldn’t be easy to see all of them at once because they are pretty long, and some are located in different areas.

This means you will have to travel from one place to another to visit all the catacombs, which takes time and planning.

To simplify things, I have listed the five catacombs and their plus and minuses. That way you’ll be able to make the best choice and maybe see all of them if you have the time.

1.The Catacombs Of San Callisto (Callixtus) The Catacombs of Saint Callixtus is located near the Church of Domine Quo Vadis, on the Appian Way’s right side. Among all five catacombs, this is the most visited one.

It is also one of the most important and largest catacombs. This burial place covers 15 hectares of ground, with about 20 kilometers (12.5 miles) of galleries. It’s arranged on several levels and reaches a depth of 20 meters. So good luck!

The Catacombs of Saint Callixtus officially became an underground burial place of the Church of Rome in the 3rd century. Around five hundred Christians, Dozens of martyrs, and 16 popes were buried in this Catacomb.

There you’ll discover plenty of fascinating history, including the Crypt of Saint Cecilia, who was tortured in the 3rd century, the little Vatican, which are all decorated with mosaics and frescoes.

2.The Catacombs Of Domitilla Have you seen the film, Indiana Jones’? Well, once you go downstairs, you’ll feel like in the movie, everything remained intact – apart, there are no rats or other scary creatures. However, this is one of the most popular Catacombs in Rome and one of the largest ones.

There are 17 kilometers (10.5 miles) of galleries and corridors arranged over four different levels, many still unexplored. This Catacomb is situated 16 meters underground and holds about 150.000 burials, which some still contain the original frescoes dating from centuries.

This complex also has a stunning and well-maintained underground basilica that dates from the 4th century.

3.The Catacombs Of Priscilla

Priscilla catacomb is an archaeological site that sits just on top of the famous Via Salaria. It was used as a cemetery for Christian burials from the 2nd century to the 4th century.

There, you’ll find the oldest known Marian paintings. There are the portraits of Saint Mary with the baby Jesus on her lap and the Old and New Testament on the corridor walls. The Catacombs of Saint Agnes is a little smaller and less popular than the catacombs stated above, but well worth the visit.

The story behind it? Saint Agnes was only 12 years old when she got persecuted and atrociously killed by the Roman Emperor Diocletian because she rejected the marriage proposition of Symphronius, a son of the city Prefect.

Saint Agnes was buried beside the Via Nomentana, which her family owned and became Saint Agnes catacombs. This site extends to 6 miles of underground tunnels and is arranged on three levels: relatively short but fascinating history!

5.The Catacombs Of Saint Sebastian The Catacomb of San Sebastiano is located in the first part of the Appian Way. This archaeological site was used as a cemetery and later as a Christian burial underground during the 2nd century. Sebastiano was tortured and beaten to death because he refused to renounce his Christian faith. He was buried in this Catacomb which took his name.

This site is arranged over four underground levels of tunnels and lined with wall tombs. It has 12 km of hallways and holds around 60,000 burials. Above the Catacomb is located the stunning Basilica of the martyr San Sebastiano, which you’ll visit at the end of the tour.

What is the Best Catacomb to Visit?

Each Catacomb has a different history, but they are all fascinating. However, you may find a catacomb interesting while another person, not. So it really depends on your preference.

What I can tell you, though, is that the Catacombs of San Callisto (Callixtus) is the most visited one; this means something. Some catacombs, such as St Sebastian, St Callistus, and Domitilla Catacombs, are very close to each other, so you can visit two or three of them at once if you have the time.

How Much Cost a Visit to Catacombs in Rome?

The entrance of catacombs is very affordable. However, it can vary depending on the age and type of tour you plan to do. Here is well-detailed pricing of the catacombs in Rome.

Other Places to Visit Around the Catacombs

Who IS a Catacomb Tour For?

Everyone can participate in Rome Catacombs, including children. It’s a fascinating tour for the whole family. The only inconvenience with the catacombs is that it’s not suitable for wheelchair users and neither for claustrophobic – although the passageways are well lit. Some areas have uneven terrains and stairs, and people with physical disabilities may find the visit a little challenging.

Tips To Visit the Catacombs in Rome The catacombs are easy reachable from the Termini Station by bus, but it’s not always easy to get around Rome by public transportation, especially if you don’t know the city well. If you don’t want to bother with public transportation, traffic and want to have a relaxing excursion, the ideal would be to take a private tour. It’s more intimate, everything is organized, and you don’t have to worry about anything. Yes, it’s more expensive, but it’s worth it if you want to saves time and nerves!

Have a great Catacombs Excursion!

Have you already visit one of these Catacombs? If so, what was your experience? 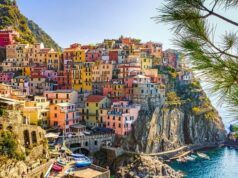 Most Popular Islands in Italy – To Explore This Summer! 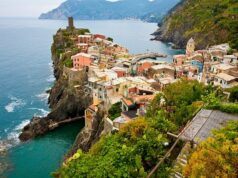 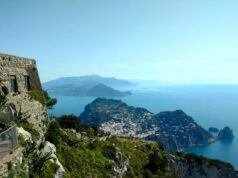 Cruising Sea was founded with the goal in mind to become a one-stop destination for all the information about traveling on the water, fun wet excursions, or sightseeing tours when visiting the area. The website aims to completely demystify the travel process, providing all the relevant information you need for an unforgettable trip on the water, and land excursions with friends or families. No matter what information you seek, from planning your holidays on the water, activities to do while on land, travel guides, gear reviews, or any other related topic, you are sure to find it on this website.
© Copyright 2015 - 2021 by Cruisingsea