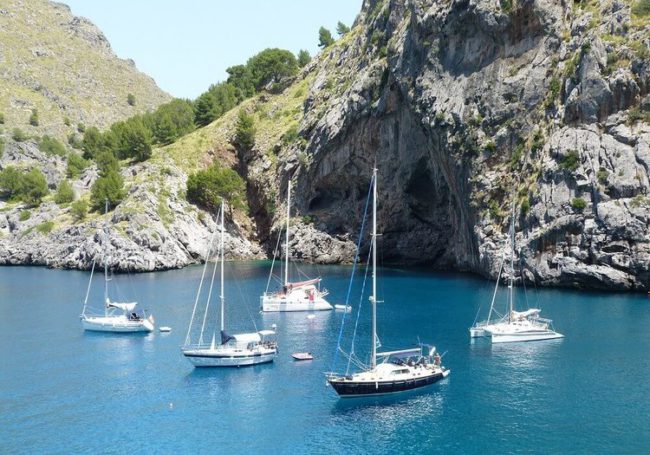 There has been an ongoing debate about catamaran vs monohull sailing for as long as I can remember. Many friends of mine and other sailors I have encountered are solidly on either one side, or the other with very few playing a diplomatic role.

I’ve tried to understand the rabid conviction of some of my friends but decided that it is simply a matter of opinion. The truth about monohulls and catamarans can be broken down by category, giving you a clearer picture of the differences between the two.

Multihulled vessels have the advantage of a lot more space for passengers to spread out. The stability of the vessel allows for a smoother, safer sail that is hardly felt by passengers and, even in rough seas, you items aboard won’t be upset, so you won’t need to have to clean up all the things that spilled following a rough sea.

There is far less living space aboard a monohull. Personally, I think there is plenty of space if you are sailing alone or with just one other person, but more passengers than that will trip over one another. You will also feel the motion of the water a lot more aboard a mono, so if you get seasick, this will make it worse.

Essentially, the lighter the boat, the more stable she will become. If a multihull boat is overloaded, especially at either end of the boat, it will have a harder time remaining stable and keeping motion to a minimum. Catamarans also have a far decreased chance of sinking due to damage to the boat. The design of the vessel keeps water from any hole it may suffer from sinking the boat with the use of watertight compartments.

A monohull is generally stable and can be bounced around by waves and rough weather and suffer few ill effects. However, monohulls will take on water if the hull has been damaged. This flaw in the design may never actually pose a threat to passengers if nothing ever damages the boat, but the possibility always exists.

There is a long-standing misconception that cats don’t sail well and bog down, but this is false. Catamarans, in fact, perform better than monohulls, but they are hindered by the tendency to be overloaded. So, while the cat is capable of an impressive show as the wind picks up, it will not reach its full potential if it’s too heavy.

Monohulls can accommodate larger loads than cats, allowing them better performance under sail. Windward, the mono is powerful and impressive in performance. However, monos tend to sail a bit slow and can be tiresome to control and maintain the sails.

When a cat is anchored it stays stable and you will soon forget that you’re in the middle of the water. I also suggest taking out a cat if you are sailing for the first time, if, for no other reason, then the fact that you will suffer from minimal seasickness. I’ve had never seen anyone become seriously ill aboard a cat and I never expect to!

Unfortunately, a mono is easily tossed about by waves, so if it is anchored during a storm, hold on tight. I admit that I enjoy a monohull, but I hate picking up after bad weather. I would also never take a novice sailor out in a monohull if they haven’t developed sea legs yet.

Most of the space in a cat is devoted to living space, making fuel capacity less than what you would find aboard a monohull. Fuel will need to be replenished more often.

A mono has a large capacity for fuel since it does not have a lot of living space. You essentially sacrifice comfort for fuel capacity.

In the end, choosing between a monohull and a cat comes down to personal preference. Both have advantages and disadvantages, but it’s up to you which one is best for your needs. I find that there are certain regions where I’d prefer one type of boat over the other, but I would suggest you listen to yourself and not be drawn into the debate by the more insistent debaters. It’s your vacation, so you choose the type of boat you want!

View all the catamarans

View all the sailing yachts

Which yacht do you prefer, catamaran or monohull? Feel free to share your opinion in the comments below.

10 thoughts on “Catamaran VS Monohull Sailing – What Are the Differences?”